Welcome to Naruto Revelations-Playing Game, the site where Legends are born. If you're looking to register on Naruto RPG, or you already did, please go through these links to better understand our systems. If you still need help, feel free to make a topic on the Forum Assistance board or you can private message a staff member. Thank you for joining and I hope you have a good time. 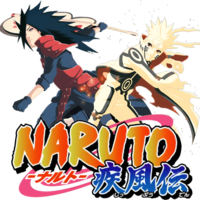 Your last visit was on